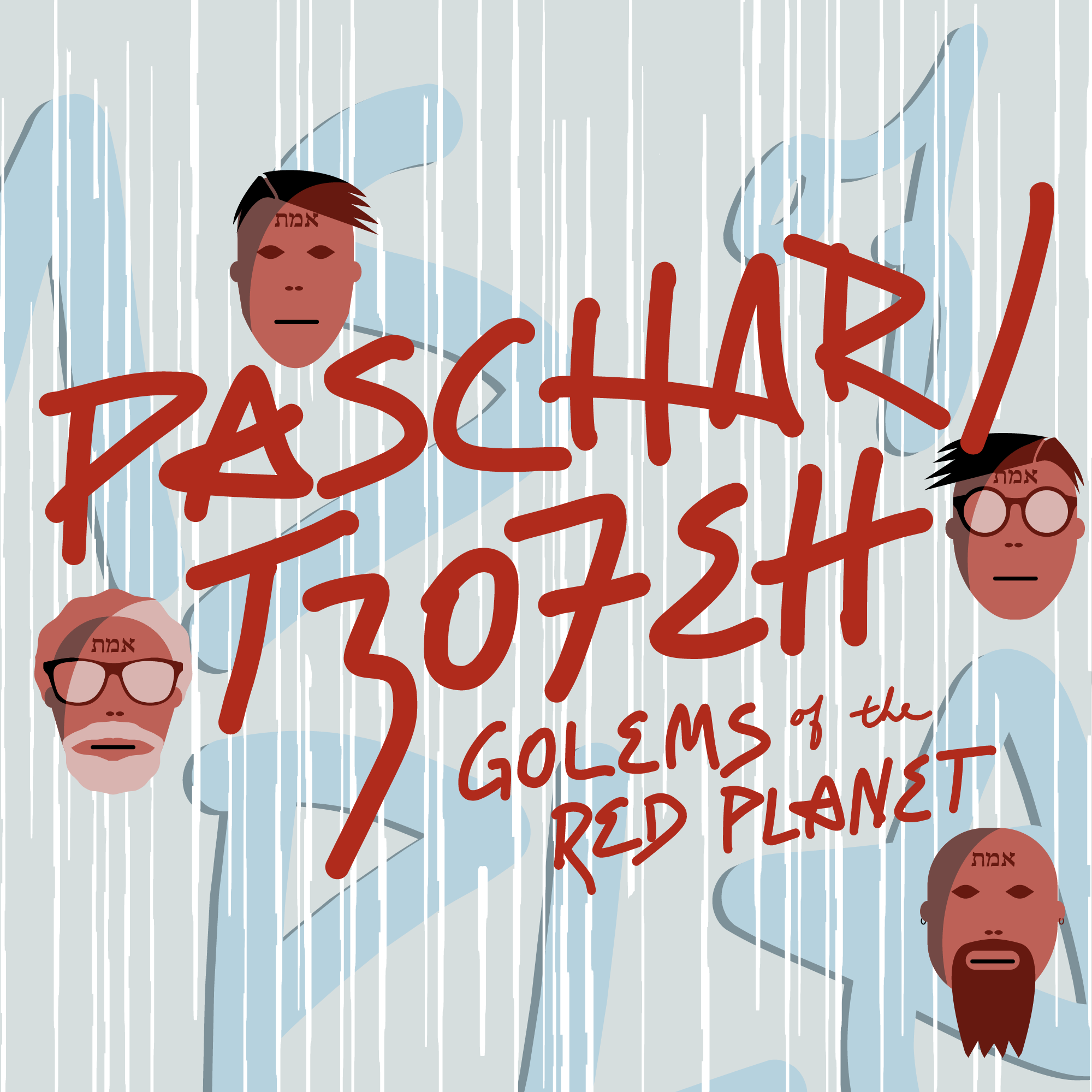 We call ourselves a surf band, but this one is less about riding the waves and more about being out in the sun too long. A sort of “dehydration hallucination” if you will.

Two “official” recordings of PASCHAR exist. One is from the album MALPHAS (2006), performed by Mark Feldman on violin and Sylvie Courvoisier on piano. Another recording appears on the album GOMORY (2015) by the four-woman acappella group Mycale, with Portuguese lyrics written by Sara Serpa.

One official recording of TZOFEH exists, from the very first Masada album ALEF, released in 1994.

The PASCHAR portion of this piece also contains a recitation of André Breton’s poem "Less Time."