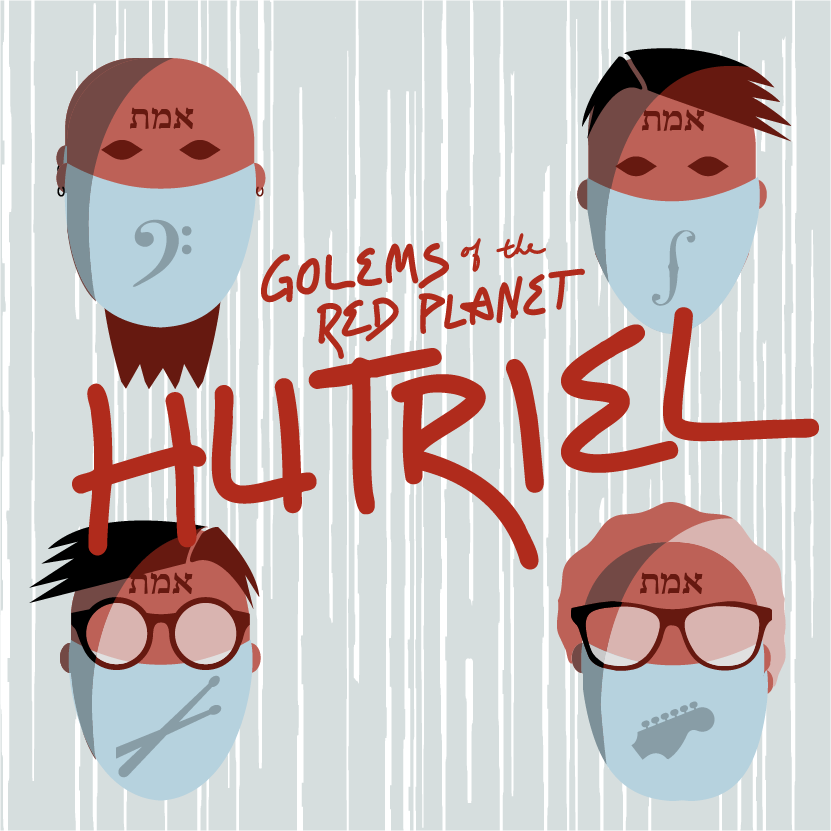 According to 18th century Austrian rabbi Adolf Jillinek, HUTRIEL was one of the seven angels of punishment, literally translating from Hebrew as "rod of God". Hutriel lodges in the 5th camp of Hell, and helps in the "punishment of the 10 nations" - from the Mask of Heaven and Hell book of Adolf Jellinek's Beth ha-Midrasch (1853–1878).

For those who want to keep score at home, the seven Angels of Punishment are:

A lot of the structure of our recording comes from Bob saying "I'd like to do a tabla thing on this."

The "official" recording of this tune is by the group Brazilian percussionist Cyro Baptista's group Banquet of the Spirits from their album CAYM. Their version is largely piano driven and weirdly is in swing time.