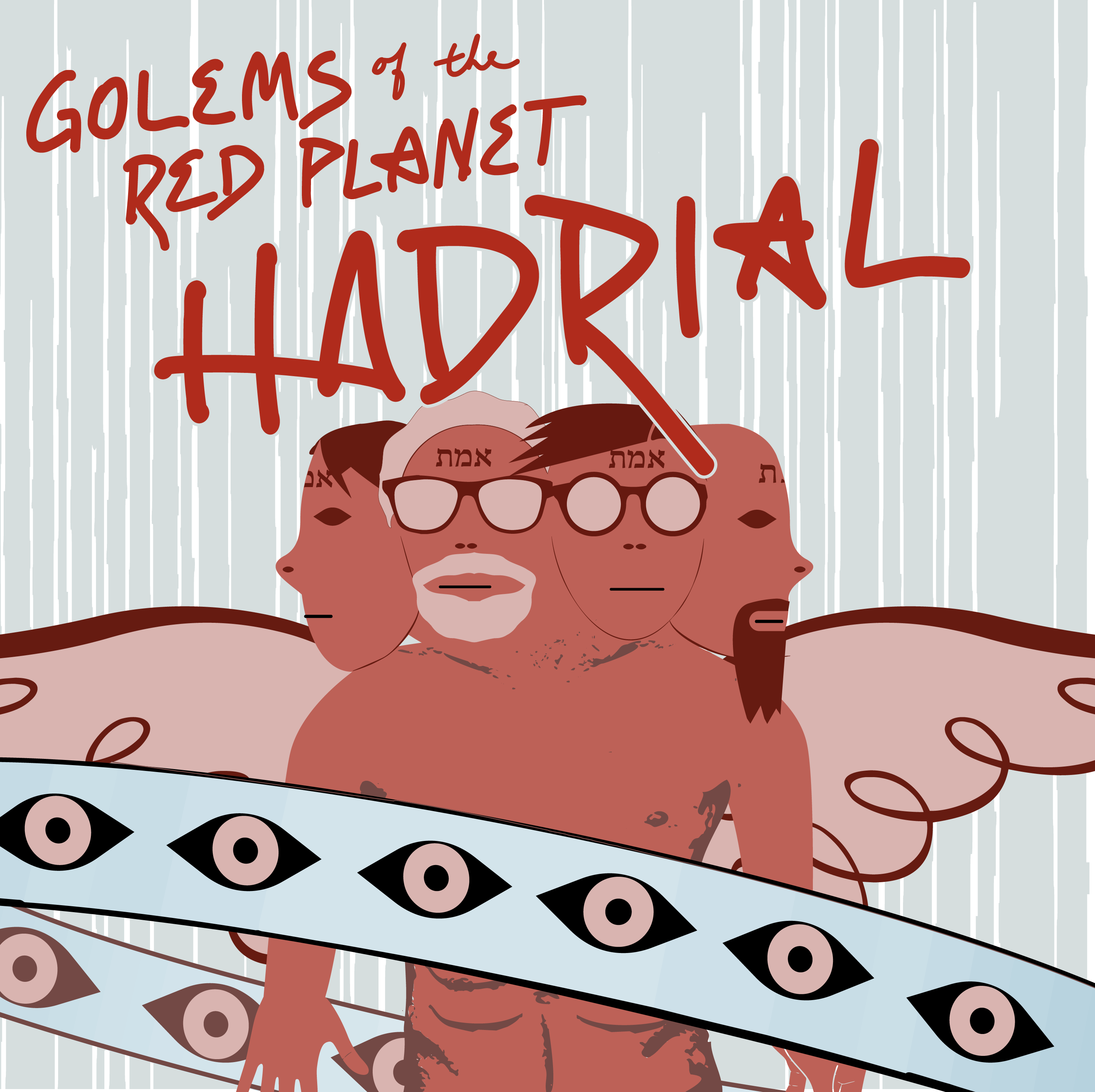 There is only one reference to an angel named HADRIAL in literary history - in a list of the seven Wardens of Third Heaven as detailed in the Kabbalistic text Pirke Hekhalot.

This is an example of what, in the language of the Masada songbooks, is called an event piece. A sort of offshoot from Zorn’s cartoon music, an event piece consists of short phrases seemingly disconnected from one another. You can hear the Golems perform the four events in sequence in the first 42 seconds of the recording. The rest of the recording has the Golems exploring those events in their own surf-ish way.

The "official" recording of this tune is from Uri Caine’s 2006 album MOLOCH, a collection of 19 recordings of Masada compositions for solo piano. Caine’s recording is a quiet, somewhat mysterious tune that emerges in the wake of a much louder and more energetic tune. Much like how “Long Long Long” emerges from the wreckage of “Helter Skelter” onside 3 of the White Album.

In the background of the final section of our recording is an interpretation of a traditional tune from Ghana called "Dusumbaa."

The cover image is inspired by the physical description of angels as depicted in the first chapter of Ezekiel.